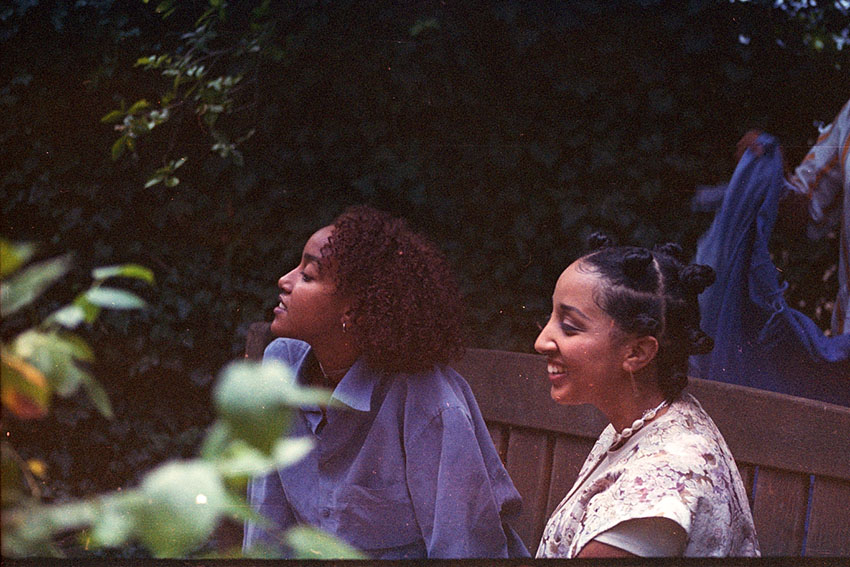 schwarz is a documentary film by Amuna Wagner and produced by Kandaka Blog. We were responsible for image design/camera.

schwarz gives an insight into contemporary conversations among Black Germans in Nuremberg, Bavaria. 17 protagonists aged 16 to 31 talk about their preferred self-definitions, Black belonging and the 2020 Black Lives Matter protests. Do they feel represented and valued in the white German majority society? Who inspires them? The documentary is a personal approach to young Black Germans and highlights individual experiences with the word Black and the political identity Black. schwarz does not offer solutions or all-encompassing answers, but a frank conversation in which neither explanations nor justifications are given. In Germany's current media landscape, talk shows are content to invite a certain type of Black person and accept their opinions as general truths for a diverse group. schwarz works against this simplistic portrayal of Black life realities in Germany. Marginalized people deserve to be seen in their complex individuality instead of being subsumed as part of a homogenous group.

schwarz was already presented at Fringe Colour, Vielfalt Festival, KommVorZone and will be shown at the Black Reels Film Festival and the interkulturellen Wochen Frankfurt

More info about Amuna Wagner, the blog Kandaka and the project at:
Kandaka Blog and Rosa Mag