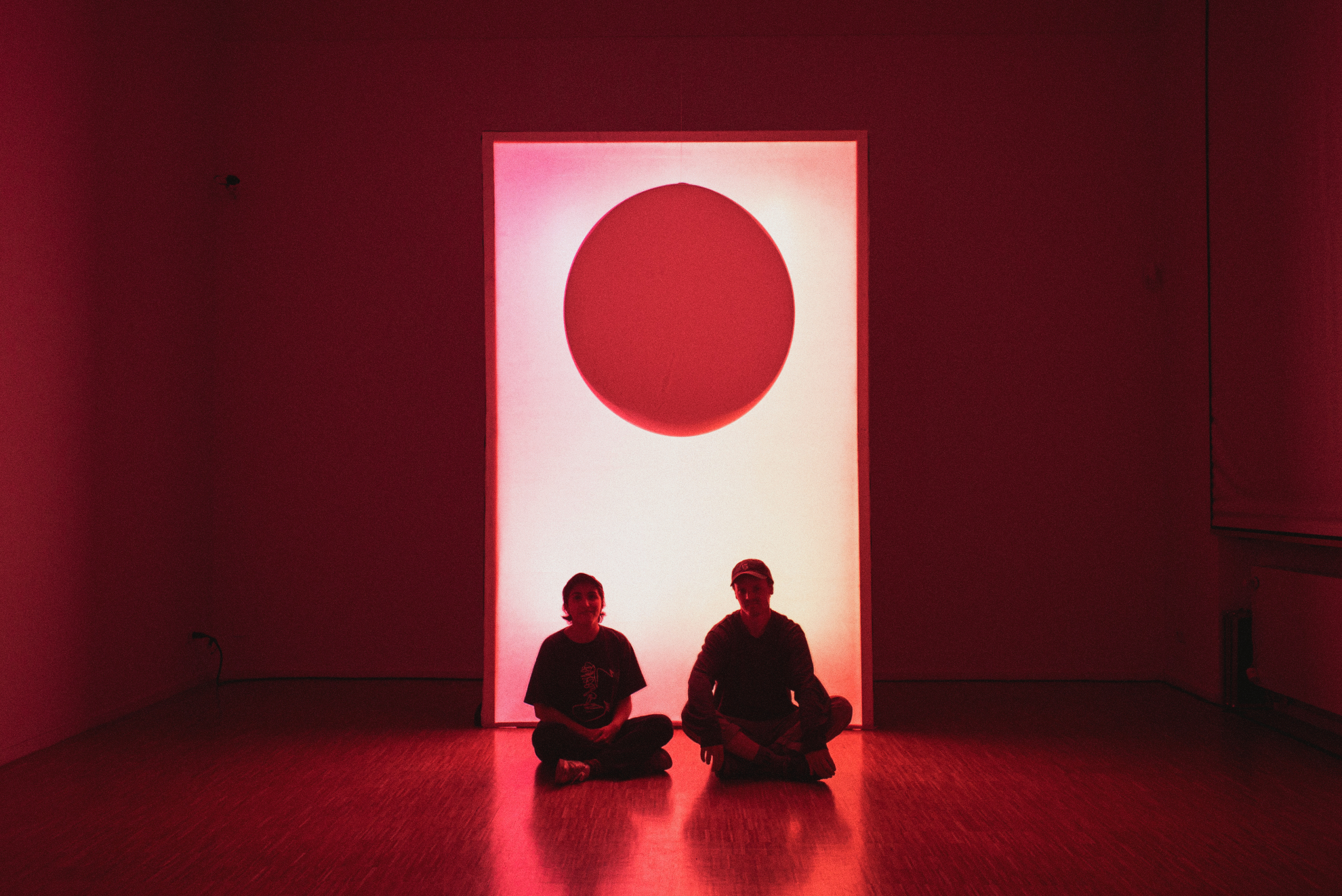 In October 2022 we were invited to work in the Kunsthaus, Nuremberg together with six other artists. The idea of the project is to use the exhibition rooms of the Kunsthaus as a studio space and to get into exchange through the open process. During these two weeks we created an audiovisual performance and performed it during the open weekends.

The performance tells about the conflict between the beauty of being human and its cruelty. In this piece we reveal an intimate insight into our emotional world and want to give recognition to the worldwide struggles for human rights, show solidarity with them and illuminate the urgent need for them.

We entered the space with the idea of creating a light cube and a sphere hanging in front of it. We were interested in what influence light has on the atmosphere and how light behaves on a sphere. Therefore we started with the construction of our "framework". Since for us the visual is inseparable from the auditory, we had to produce a music and also video material. The music sketch was ready after the first week and defined the dramaturgy of the performance. Afterwards it had to be set in scene with light. That meant: closing the curtain and going into the darkness. We used two beamers to map large and small video material onto the walls and programmed the luminous cube. After the structure was clear, the finetuning began: Mixing, mapping, animating to the beat etc. On the last weekend it was time to raise the curtain and perform!

Thanks for having us!

It was a great time and we want to thank everyone involved for the exchange, the support and all the other nice things :)